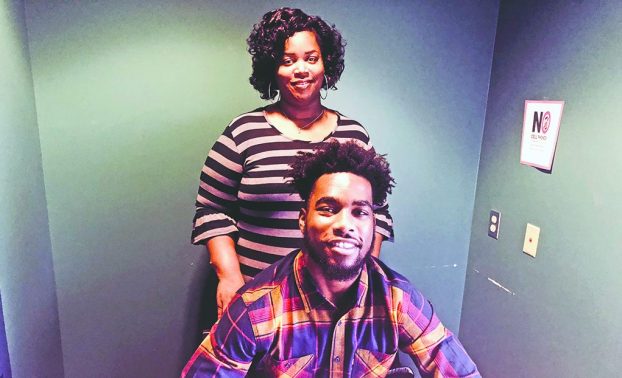 TROUP — Like a handful of other local athletes, Tremayne Tolbert signed a letter of intent on Feb. 7 to play college football.

But that’s where the National Signing Day similarities end.

Tolbert did not put pen to paper before a crowded auditorium, nor did he field questions from reporters.

Instead, he drove to a nearby library with a few family members, sat down at an open desk and crossed a few Ts.

“I just made the most out of it,” Tolbert said. “I’m grateful I was able to do that.”

The moment was years in the making.

Tolbert, a wide receiver,  received no offers to play college football after graduating from Troup County High School in 2016.

He spent the past two falls suiting up at a junior college in Northern California, before garnering recent attention from four-year schools.

Last week, he signed with the University of West Alabama.

“It’s just a big relief,” he said. “The first thing I want to do is just thank God, because without Him it would never be possible.”

Two years ago it seemed improbable.

With no college interest, Tolbert reached out to the head coach at rival LaGrange High.

Tolbert, hungry to stay on the field, elected to join them.

“That was my last chance, so I came out to Cali,” he said. “That ended up being one of the best decisions I’ve ever made.”

Tolbert excelled from the outset at College of the Siskiyous.

As a freshman, he caught 31 passes for more than 500 yards and seven touchdowns.

The standout season earned him a spot on the all-conference first team. He also was named a scholar-athlete.

“Every day I was reminded that I had to grind,” he said.

Tolbert cobbled together another solid campaign this past fall, despite being limited by injury.

His overall production during his two years in California caught the attention of college recruiters.

In December, he was contacted by multiple schools, including Lenoir-Rhyne University in North Carolina, Southwestern University in Texas and West Alabama.

Tolbert took a recruiting trip to West Alabama’s campus in Livingston. Quickly, he was sold.

“When I went on a visit there, it just felt like home,” he said.

Currently, Tolbert is back at his original home in Troup County.

He’s taking an online class and working out in preparation for his summer report date at West Alabama.

Already, he has set high goals.

The 6-foot-2 wideout wants to compete for a starting spot, make the all-conference team and, most importantly, help his squad win.

The Tigers, who compete in the NCAA Division II Gulf South Conference, went 10-3 in 2017.

“I’m trying to come in and make an impact early,” he said.

“No matter how hard that things may seem at first, you’ve got to always keep pushing and keep striving for your dreams,” he said.