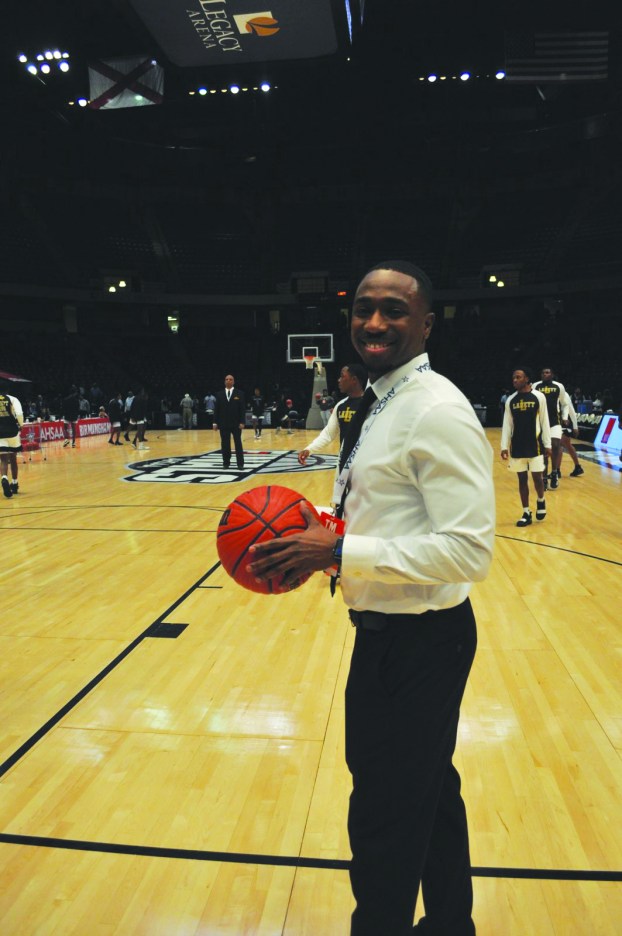 For the last six years, Trentavious McCants has been around Lanett athletics. But as of Monday, he is the Panthers’ newest head basketball coach.

He started his Panther career as a junior varsity assistant coach, working under current JV coach Terrence Price. One year later, boys’ head basketball coach Richard Carter, a hall of famer, had an opening on his staff.

Carter, who has been dealing with arthritis in one of his hips, was looking to add youth to his staff and wanted someone that could mix in well with his players.

“I want a younger person on my staff that came with energy,” Carter said. “In my younger days, I could demonstrate a lot of stuff, but as I got older, I needed someone else that could show them how and what to do as far as ball-handling and defensive stance are concerned.”

Price spent five years with Carter, mainly handling the Panthers’ offense. Alongside Carter’s offensive philosophy, McCants implemented different offensive schemes that he had played in when he played at the University of North Alabama.

“He basically told me ‘the offense is yours. Do whatever you want to do to run it,’” McCants said. “That’s when I put in my transition offense that I learned in college. He gave me the opportunity to do whatever I wanted to do. Even in crunch time, he would tell me ‘draw up a play and do what you want to do.’ I thank coach Carter for putting me in those situations because I think that experience is going to help me in the future.”

Giving McCants a chance to develop as a coach was important for Carter because he knew he was serious about working to be a coach.

“I wanted to get him the opportunity to start developing, so I gave him free rein, within what we wanted to do,” Carter said. “He did a good job running our offense for us.”

Throughout the five years they worked together, Carter and McCants would spend time together breaking down film and learning from one another.

“Most of the time, he would watch film and I would watch film, and we would sit and talk about what we saw,” Carter said. “Because he’s played the game and was a student of the game, he has a real keen eye. I think it meant a lot to our success.”

Before coming to Lanett, McCants started his coaching career with his father. The process started while he was still a Lion. Whenever he would come home for the summer, McCants would help train his father’s Amateur Athletic Union (AAU) players by putting them through drills that he would practice while at UNA. After graduating, his father convinced him to join him as a full-time coach during the summer.

Because he enjoyed himself so much coaching AAU, he decided to reach out to Price, who allowed McCants to join the JV staff.

McCants has been with most of the 2019-20 Panthers since they were sophomores and freshmen, depending on when they were called up to varsity, which means he knew them and they know and understand his expectations.

“The kids that we have now have been watching me, coach Carter and coach Story coach since they were in the fifth grade. They know what to expect,” McCants said. “Coach Carter and coach Story have put it into them when they were at a young age, so they know exactly what they’re going to get when I get to the varsity level.  With me being from this area, I have a good connection with the kids. They know me personally. I know their families, and they know mine.”

Both his development as a coach and the loyalty he’s shown to the school and players is why Lanett athletic director Clifford Story promoted him from assistant to head coach.

“I’ve watched him from afar and up close. I knew what he brought to the table, especially with the relationship that he built with the kids. I believe in loyalty and he has proven that he’s committed to Lanett and Lanett is where he wants to be,” Story said.

Lanett is McCant’s first job as a head coach, but that didn’t worry Story throughout the hiring process.

“It was never a concern because when I got the head job at Lanett I had never been a head coach. It’s all about relationships and being able to trust people,” Story said. “I believe in giving people a chance if they have proven and are deserving of their chance, so he’s proven and deserving.

After having a vacancy for a little more than two months, Lanett Athletic Director Clifford Story has named Trentavious “Tay”... read more