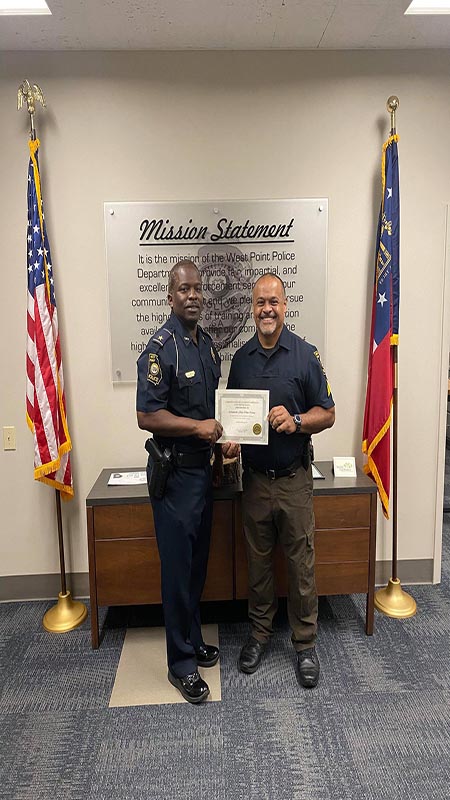 Jorge Olmo Novoa has been serving the United States since he was 17 both in the military and as a police officer. On Monday, Olmo Novoa was promoted to lieutenant by the West Point Police Department.

“It was exciting,” Olmo Novoa said.

Olmo Novoa began his military career after graduating high school. Then living in Puerto Rico, Olmo Novoa graduated high school early and started to attend the University of Puerto Rico at Aguadilla. He was out with his friends one night and ran into one of his uncle’s friends, both of which served in the army.

The two talked about Olmo Novoa’s future. Olmo Novoa’s plan was originally to become a doctor, but with the cost of school weighing on him, he wasn’t sure what path he was going to take.

“I just needed someone to vent to,” Olmo Novoa said.

The Sargent convinced Olmo Novoa to take the Armed Services Vocational Aptitude Battery test. His limited understanding of English killed his score, but he joined the army and learned English.

During his military career, Olmo Novoa was deployed on multiple tours to Afghanistan and Iraq as a sniper.

He retired at Ft. Benning in Columbus.

After retiring, Olmo Novoa’s plan was to stay out of the line of duty. But once again, his plans changed.

He went to the LaGrange Police Department, where he worked for a pair of years.

“I went in to see a friend and left with a uniform,” Olmo Novoa said.

His next stop was the Troup County Sheriff’s office, where he started in 2014. He was there for four years, working in various roles.

In 2018, he moved to the West Point Police Department, where he works in the Criminal Investigation Division.