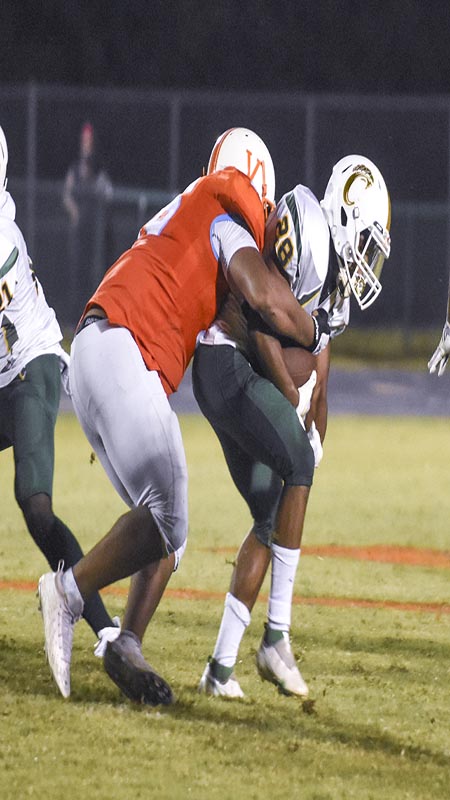 Valley football off on Friday due to cancelation

The Valley Rams (2-1, 0-1) are off on Friday for the first time this season. The Rams were originally scheduled to make the short trip to Russell County on Friday, but the Warriors canceled the game due to COVID-19 hitting their team.

As of now, the Rams win by forfeit, but the two teams are still discussing the possibility of it being rescheduled since it is a region game.

With the unexpected bye week, the Rams are using the week of practice to work on themselves.

During the week, the Rams are focusing on different areas that haven’t been up to par this season so far.

“Special teams is going to be one. It kind of cost us a bit this past week,” Hunter said. “We’ve really focused on that in practice, just getting a lot of reps and getting some guys in and out, and getting some younger guys some reps in those situations.”

The Rams are also going to go through different situations on both sides of the ball, like third and long as an example.

The Rams are coming off their first region game of the season, a 34-22 loss against Carver. Overall, Hunter saw a lot of positives in the loss, but also some areas that his squad needs to clean up during the off week.

“I think we competed very well,” Hunter said. “We had opportunities to win the football game. That’s what is most disheartening is we kind of shot ourselves in the foot and didn’t take advantage of some things. We’ve grown from it.

“Sometimes the small things become big things in a game like that. Any time you’re playing a 6A football team, those little things are going to add up and it’s going to cost you big time. We’ve got to correct those things moving forward in our 6A region.”

Three weeks into the season, Hunter’s biggest takeaway from the 2020 Rams is their ability to overcome adversity.

“A new coach, players leaving and a whole new offensive and defensive line, that puts your back against a wall, and these guys have really responded to it,” Hunter said. “There’s not a day goes by that they don’t want to work and get better. When those lights come on, they’re ready to play and they play as a unit. I’m proud of them.”

The bye week is also giving the Rams a chance to get healthy again, as they are nursing some injuries for the past two weeks, including punt returner Kaylen Sherrell, who had to leave the Carver game early with a dislocated shoulder.

“He’s our best punt returner,” Hunter said. “He’s averaging about seven yards a return, so we have to get him back and healthy. That helps us out a lot.”

Even though they struggled in the first set, the Chambers Academy Rebels came out on top in Tuesday’s match, sweeping... read more