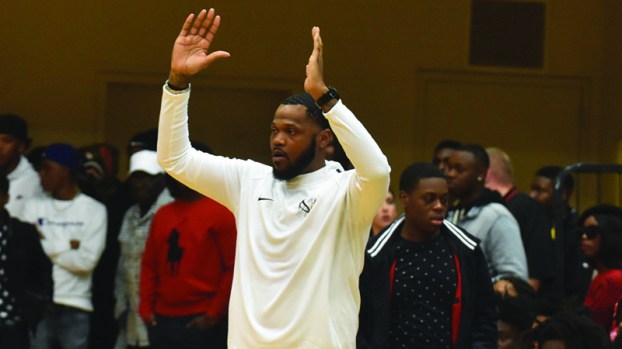 LaFayette head coach Obadiah Threadgill led the Bulldogs to a 31-1 record this past season.--File photo

The 2019-20 LaFayette boys basketball team was one of the best teams to ever come through LaFayette High School. The team reached the state semifinal game with a perfect 31-0 record but lost to Barbour County by just two points.

The 2019-20 team was loaded with talent, as two of the starting five players are currently playing college basketball (Corey Boston at Snead State and Tae Burton at Shelton State). Alongside Boston and Burton, the Bulldogs graduated 11 of their 14 players from a year ago.

One of the newcomers that Threadgill is excited about is Vinay Singh. Singh is one of the best athletes in LaFayette High School, as he was the Bulldogs’ top receiver in football.

“He’s a big strong, powerful athlete. He’s a really smart kid,” Threadgill said. “He’s just not a basketball player yet. He’s kind of a white canvas. I can paint it how I want it, but I just don’t have that much time to paint it.”

The 2020-21 Bulldogs are a mix of under and upperclassmen, but overall, they just don’t have a lot of playing experience because of how big and dominant the 2020 senior class was.

“I’m looking for some of our young guys to step in and contribute early,” Threadgill said. “I’m looking for these guys to play really hard and for them to build trust in themselves, our staff and each other. They have as good of an opportunity as anyone else. We don’t have a star player, but I think collectively, we have a chance to be special.”

A lot of the major contributors on the 2019-20 team only played basketball, as only a handful of players that played meaningful minutes were involved in other sports. Most of the players on the current team just finished football.

Because of this quick turnaround, Threadgill gave his team a couple of days off to recover and rest up before entering into another season.

Practice started on Thursday. So far, Threadgill likes the energy and effort his team is giving.

“I’m very satisfied with their first two days,” Threadgill said. “They came and worked. They’re not complaining and worrying. They’re getting it done. A 5:30 a.m. practice on a school day is difficult for high school guys, but they all showed up. They survive each day and come the next day trying to survive until they get in shape.”

Something to watch early in the season is the Bulldogs’ stamina. Last season, Threadgill was confident that any player on his team could play an entire game at full speed if needed. This year, especially with a majority coming off football, stamina could be an issue.

“I told them this morning, just keep pushing,” Threadgill said. “I could tell the last 15 or 20 minutes of practice, they are just gassed. It’s just going to come with time. There’s no way that we can just wish them into shape. It’s going to be a process.”

Even though this year’s team has a lot of promise, Threadgill doesn’t have his eyes set for a quick start out of the gate. He wants his team to be playing their best once the playoffs come around in early February.

“I’m not expecting a 10-0 start. I’m expecting some struggles early with playing basketball and the team concept of what we’re trying to do,” Threadgill said. “I’m expecting us to kind of stumble early in closer games to try and find ways to close games out, but what I’m asking them is to work hard all game and with a minute left, be within striking distance. If they’re able to do that, we can get them to the finish line in some of those games…. Let’s just see where we can land in February.”

LaFAYETTE — The Chambers Academy Rebels avenged their only loss of the season and clinched their sixth straight state championship... read more